ATTENTION: This article was created 6 years 7 months ago. Please contact us for the most recent information.

The popular HBO television series "Game of Thrones" is back for its sixth season! Based on the popular fantasy book series by author George R.R. Martin, "Game of Thrones" seems to appeal to both adult and teen readers alike. If you can’t get enough of the dragons, schemes and drama that fill Westeros in the HBO hit, check out these young adult read-a-likes recommended by the Young Adult Library Services Association!

"An Ember in the Ashes series " by Sabaa Tahir – Laia is a Scholar, the lowest of the low, and her brother has been taken by The Masks. He is her only living family member and she will risk her life to find him. Elias is a Mask but he doesn’t want to be. Laia and Elias’ paths cross when Laia goes undercover as a slave at Elias’ military school to get information on her brother.

"Falling Kingdoms series " by Morgan Rhodes – King Gaius has a plan to take over Mytica at the expense of everyone including his son, Magus. 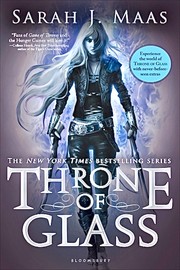 "Throne of Glass series" by Sarah J. Maas – Celaena Sardothian is plucked from the salt mines prisons as The Crowned Prince’s Champion to compete to be the king’s personal assassin. Calaena must fight men three times her size, magical queens, and her own demons to become champion.

"Kiss of Deception (Remnant Chronicles series)" by Mary E. Pearson – Lia, a First Daughter, is betrothed to a prince she has never met to bring peace to the kingdoms. Lia believes in love and doesn’t want to be used as a pawn so she runs. In her new life, Lia meets two charming men; however, one is the prince determined win her love and bring her back and one is an assassin who is hired to kill her.

"Queen of the Tearling series " by Erika Johansen – Kelsea, the daughter of dead Queen Elyssa, reemerges to claim the throne. Her uncle, the Red Queen, of the neighboring kingdom, and others will stop at nothing to kill Kelsea. 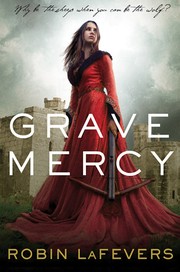 "His Fair Assassin series" by Robin LaFavers – Ismae, Sybella, and Annith have escaped horrible circumstances to join a convent of assassin nuns to fight for St. Mortain, the God of Death.

"Truthwitch (Witchlands series)" by Susan Dennard – Safi, a Truthwitch, and Iseult, a Threadwitch, just want to escape their lives as they know it to be free and live in peace but Safi made a big mistake and now they are on the run.

"Seraphina series " by Rachel Hartman – Seraphina has a secret; she’s half draconian. When a member of the royal family is murdered by a dragon, Seraphina must keep her secret while finding the murderer even if it’s her family.

"The Novice (Summoner series)" by Taran Mathieu – Fletcher, an orphan, learns he has the unique ability to summon demons. After a near attack from neighborhood teens, Fletcher goes to an elite school to train but he soon finds out that he must compete with noble’s kids who will stop at nothing to be the best.

"The Mark of the Thief series" by Jennifer Neilsen – Nic is a slave in Ancient Rome and on a mission to raid Julius Caesar’s tomb, he finds Caeser’s bulla. After he puts the bulla around his neck, he gains world ending powers that are coveted by the good and the bad. 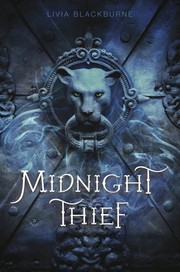 "Midnight Thief series" by Livia Blackburne – Kyra is an orphan and a fast climber and she survives by her whits. Once day, she is summed by the Assassin’s Guild to become an assassin but she realizes that this might be a mistake.

"A Court of Thorns and Roses " by Sarah J. Maas – After killing a wolf, Feyra’s punishment is to live in a giant mansion. She soon discovers that her captor isn’t an animal but an honorable fey.

"Winner’s Curse (Winner's Trilogy)" by Marie Rutkoski – Kestral is a Valorian and the General’s daughter. Arin is a Herrani slave who is purchased by Kestral. Kestral has the gift of seeing lies but can she see Arin’s lies?

"The Red Queen series" by Victoria Aveyard – Mare Barrow is a Red-a lowly, uneducated, slave with disgusting red blood. The Silvers are like gods because they have powers and their veins run with silver blood. Mare doesn’t want to be drafted but she has no choice until a stranger changes her life. She soon finds herself betrothed to a Silver prince and forced to maintain the oppression of the Reds. 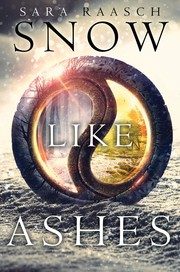 "Snow Like Ashes series" by Sara Raasch – The Kingdom of Winter has been overturned and stripped of their magic. The eight survivors go on a quest to retake their kingdom and their magic.

"The False Prince (The Ascendance Trilogy)" by Jennifer Neilsen – The royal family has been murdered and their confidant, Connor, goes on a mission to find their missing eldest son to take the throne. The crowned prince, however, is lost and Connor finds orphans to train to impersonate the prince.

"Assassin's Heart" by Sarah Ahiers – Lea is a hired assassin and a devout follower of Safraella, the goddess of death and resurrection. Lea’s relationship with a member of a feuding family causes strife and Lea finds herself fighting to survive.

"The Witch Hunter series" by Virginia Boecker – Elizabeth is a witch hunter and when she is accused of witchcraft; she becomes the hunted. 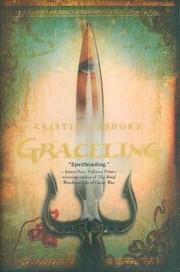 "Graceling (Graceling Realm)" by Kristin Cashmore – Katsa is a graceling-someone who can kill with one touch. She’s the king, her uncle’s, personal assassin but when she meets Po she discovers new things about herself.

"The Orphan Queen series" by Jodi Meadows – Wilhelmina was a princess until her parents and her country was destroyed by the King. Now orphaned, Wil and has been tasked to spy on the royal family and if their cover is blown, it could mean death. 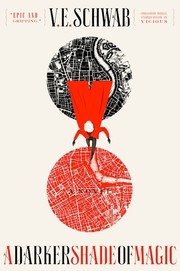 "Darker Shade of Magic " by VE Schwab – Kel can walk through worlds and he uses this special ability to smuggle and trade antiques. When his smuggling almost kills him, Delilah comes to his rescue.