1939: The Greatest Year in Film History 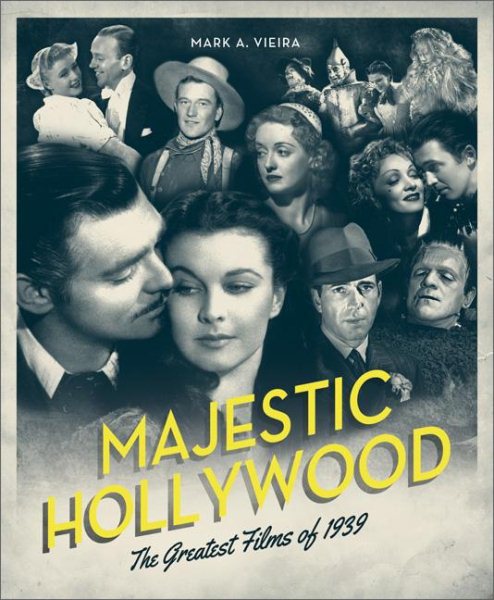 Staff Review: "1939: The Greatest Year in Film History" by Mark A. Vieira

To all those who love motion pictures, 1939 will always be THE year. During 1939, so many, many classic films were produced. Mark Vieira reviews those films in this wonderfully-illustrated, insightful and affectionate guide to  that magical time and place. Vieira's book arranges the films in order of release. Most of the films is described in a two-to-four page write-up. A select number such as GONE WITH THE WIND and WIZARD OF OZ get more pages. The write-ups are illustrated with photographs and poster art. Among the films featured are DARK VICTORY, WUTHERING HEIGHTS, ADVENTURES OF SHERLOCK HOLMES, BEAU GESTE, MR. SMITH GOES TO WASHINGTON, OF MICE AND MEN, DESTRY RIDES AGAIN and YOUNG MR. LINCOLN. Movie fans will love this book!