Acid for the Children 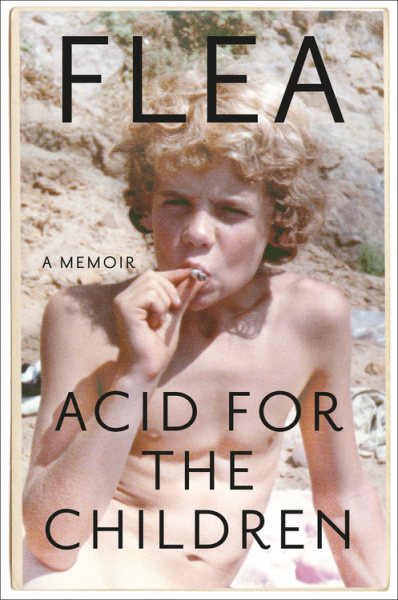 Staff Review: "Acid for the Children" by Flea

Flea, a musician and actor best known as the bassist for the rock/funk band Red Hot Chili Peppers, has written a memoir covering his early years growing up in Australia, New York City and eventually Los Angeles.

His love of literature had a positive impact on Flea's own writing abilities, and his memoir is well-written, funny, sad, moving, poetic and crazy. So many crazy stories involving crime and drugs, though not to glorify either - he's been off drugs for nearly 30 years and as a member of an incredibly successful band, he no longer needs to shoplift or steal drugs from a veterinarian's office. He also speaks with great reverence about his love for many genres of music, especially jazz and rock (the former instilled in him by stepfather, a jazz saxophonist who never broke through into the big time) as well as his love for basketball and time spent in nature.

Flea cracks the exterior of a man who often looked and acted just plain bonkers, and reveals a soul inside that often longed for love, friendship and a sense of belonging. I had no idea that a man who has rocked so hard and freaked out so many people has such a tender, sensitive side. No doubt this is the result of a man who spent years reckoning with his past while searching for higher truths about himself and the world around him.

Fans of the Chili Peppers will want to wait for what is supposed to be a second volume covering his years in the band. (And if you don't like the Red Hots, you can still enjoy this book because it stops when RHCP begins.) Also, I highly recommend the audiobook version, narrated by the man himself.