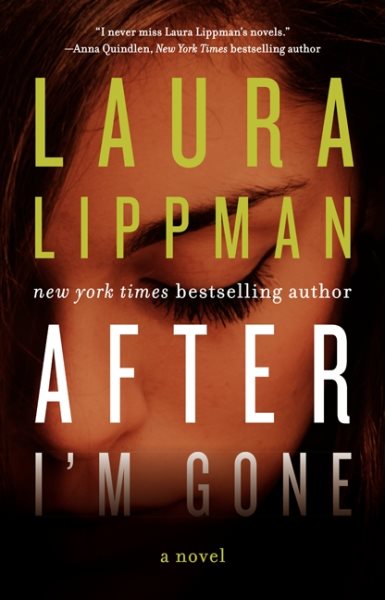 On July 4, 1976, Felix Brewster flees the U.S. and an impending prison sentence, leaving his wife (Bambi), three daughters, and a mistress (Julie) behind. Julie, who had made a life for herself with the coffee shop left in her name, disappears on the 10th anniversary of Felix’s flight, leading to speculation that she left to join her lover. The speculation ends with the discovery of Julie’s body, and her murder goes unsolved. In the meantime, Felix’s family struggles financially and emotionally in his absence. Enter Roberto “Sandy” Sanchez, a retired homicide detective who opens the cold case twenty six years later, determined to close the case. While the unsolved murder is the catalyst for the story, Lippman expertly explores the impact of Felix’s flight on the five women he left behind, demonstrating the far-reaching consequences of one individual’s criminal activity. Cutting between past and present, the novel provides a thoughtful examination of carefully constructed fans that readers of Lippman have come to expect, and fans of the Tess Monaghan series will appreciate the appearance of a few familiar faces.