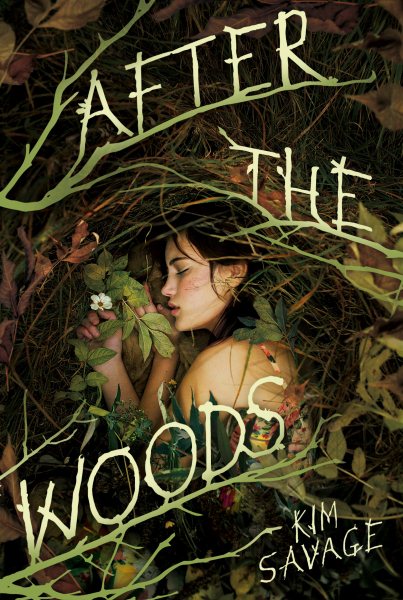 Staff Review: "After the Woods " by Kim Savage

Almost a year ago, Julia and Liv went for a run in the woods. Seeing her friend attacked launched Julia into action, attacking the man and allowing Liv to get away. Julia ended up spending two mysterious days with this man. The novel opens almost a year later, with Julia struggling to remember what happened, how she got away and learning to deal with the her symptoms of PTSD. Even though the attacker was caught and later killed himself in jail, questions about those two days still haunt Julia.

This novel has a lot to offer about mental health and how those around us contribute to what we perceive as "real," "normal" and "okay." We see the clear problems that Liv has dealing with her mother's search for perfection in all things though her borderline anorexia, her troubled boyfriend and her eventual evolution into doll-like perfection. In addition, Savage shines a light on the way the media also controls the reality around these kinds of abduction events. Even a year later, the reporter who got a taste of the nationwide stage manipulates Julia into visiting her captor's mother and then getting interviewed on television. Julia highlights the differences between what she said and the way the reporter spins the story.

Over all, "After the Woods" is an interesting novel that highlights just how malleable reality can be in criminal cases and how the truth can be hidden and glossed over. While the first two-thirds of the novel zip along, the last third gets muddied down in how Julia attempts to resolve her abduction and Liv's resulting changes for herself. In some ways, this lack of clarity also highlights Julia's confusion and dawning realization that maybe the attempted abduction of Liv and her capture weren't as random as they seemed at the time.