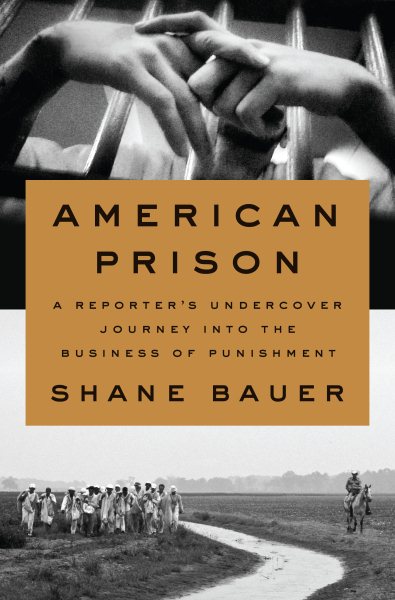 Investigative journalist Shane Bauer spent four months making $9 an hour as a guard at a privately-run prison in Louisiana and documented his experience - and the history of the for-profit prison industry - in this interesting book. Bauer used his real name to work at the prison but was otherwise "undercover" because no one knew he planned to write about his work, and he used a microphone pen and a watch with a hidden camera to keep track of conversations and situations. He first wrote about his time as a guard for Mother Jones magazine and won awards for that work, and later expanded the experience into a book.

Guided by the priority to make a profit, private prisons often have little incentive to fully address the physical and mental health needs of their inmates - and face little public scrutiny to hold them accountable, unlike government-run prisons. Bauer's well-researched history of for-profit prisons - which began before the Civil War - is interspersed with his own account of his life as a guard in a prison that is chronically understaffed. Though his interactions with some inmates are cordial, even friendly, Bauer chronicles the changes to his own attitude as he becomes more unfriendly and aggressive the longer he works at the prison.

This is not a happy read. Descriptions of prison life, for inmates and guards alike, are depressing at best and brutal at worst, and hope only comes when Bauer decides to quit his job. But this is a vital book that shines a light on a part of the U.S. criminal justice system that seldom receives attention. For-profit prisons - and the more than 100,000 inmates incarcerated in them as of late 2019 - make up about 8 percent of federal and state prison population, which is a substantial number. Bauer's daring work helps the rest of us understand what life can really be like for those inmates and employees.