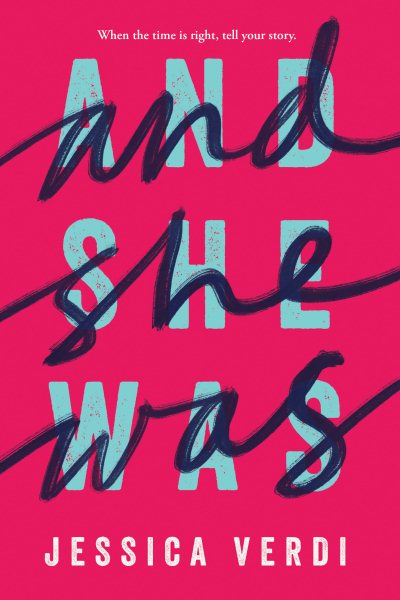 Staff Review: "And She Was" by Jessica Verdi

18 year-old Dara Baker is a recent high school graduate with big dreams. Living in a small town in New York with her mother, Mellie, Dara has aspired to be a pro tennis star as long as she can remember. She’s on the verge of entering her first major tournament when she finds out a shocking secret: Mellie is transgender and is actually her biological father.

Dara confronts Mellie, finding out that her biological mother, Celeste, was killed in a drunk driving accident when Dara was just a baby. Dara also discovers that Mellie changed her and Dara’s names and moved to their small, of-of-the-way town in an effort to distance herself and Dara from Celeste’s transphobic family. Feeling betrayed, Dara leaves home with her best friend, Sam, on a cross-country road trip in search of her maternal grandparents.

For the most part, I really liked And She Was. The novel touched on the issues of bigotry and transphobia in a way that felt natural and not heavy-handed, and the character of Mellie felt very real and very well thought-out. The plot was initially engaging, but grew a bit predictable further into the book. Despite this, the book still had a lot of originality and was enjoyable to read.