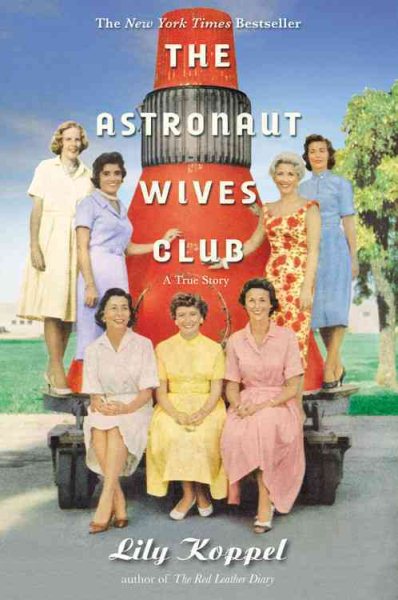 45 years have passed since humankind's last visit to the moon, during the Apollo 17 mission in 1972. In that time, NASA and other space agencies around the globe have sent numerous satellites and rovers into the depths of space, but nothing to rival the awe and fanfare the agency's space program drummed up during the space race of the 1960s.

Author Lily Koppel's book takes readers back to 1959, when NASA introduced the world to men selected for its emerging space program. Known as the Mercury Seven, these men and their wives became instant celebrities and were commanded by NASA to act as perfect, enviable all-American families, no matter what was going on in their home lives. These astro-wives, as they were known, were expected to support their husbands no matter what, including cooking them a breakfast of steak and eggs each morning and projecting a facade of strength and poise when their hubbies went off on death-defying missions outside of the earth's atmosphere. The wives were also expected to look past their husband's long training schedules, philandering ways and to project an image that any American housewife could model herself after, including how to dress and what kinds of cookies to bake.

The Astronaut Wives Club presents readers with stories of the women behind the men, including what really went through their minds as their husbands were shot into outer space and how they banded together to support each other through a decade of anxiety, competition, and even death, and presents a unique angle on the space race that hadn't been previously explored.