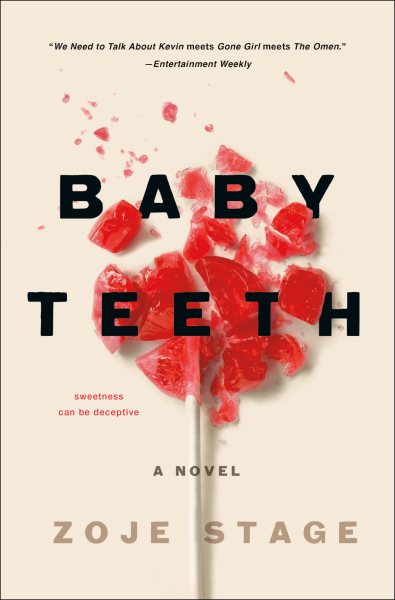 How would you react if your first-grader was trying to kill you? Would you try to appeal to her with unconditional love, or would you protect yourself and wish for her to disappear from your life? That’s the dilemma stay-at-home mom Suzette finds herself in in Baby Teeth.

To put it mildly, Suzette has a rocky relationship with her seven year-old daughter, Hannah. For the last few years, Suzette has homeschooled Hannah after she was expelled from her previous two schools. Communicating mainly through shrugs, pantomimes and drawings, Hannah has begun to exhibit increasingly manipulative and violent tendencies toward Suzette. Around her father, Alex, however, she behaves so that he continues to view her as his perfect little girl who can do no wrong.

One day, Hannah finally speaks to her mother while they’re alone. She informs Suzette that she’s not Hannah, but instead Marie-Anne Dufosset, a witch who was burned at the stake in 17th century France. Hannah says she intends to kill Suzette so that she can have Alex’s love all to herself. Suzette tells Alex about Hannah’s declaration, but instead of becoming alarmed, he is skeptical of Suzette’s sanity and calls her parenting into question.

Baby Teeth alternates narration between Suzette and Hannah, and the duel perspectives keep the book fresh. Getting into the mindset of both characters (especially Hannah) helps heighten the feeling of suspense, which only increases the deeper you get into the book. Is Hannah truly possessed? Will she succeed in killing Suzette? You’ll have to read it to find out!