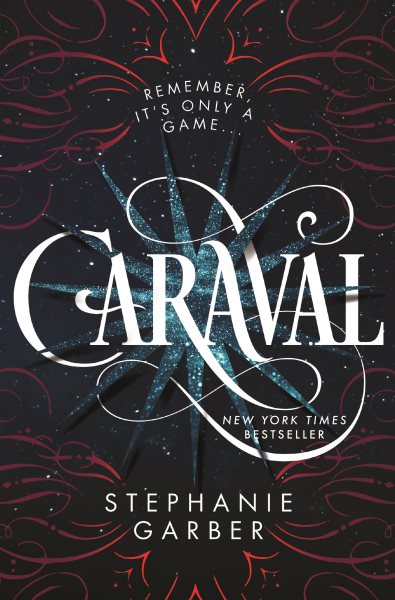 Scarlett Dragna has dreamed of attending the mysterious Caraval, an annual, multi-night, and itinerant event in which the audience participates in the magical spectacle and competes for a prize. She’s written to Master Legend, the mysterious creator of the event over the course of seven years. Soon to be married to a man whom she’s never met (but sees as means of escaping her domineering father), Scarlett is stunned to receive a letter from Master Legend that includes invitations for Scarlett, her sister Donatella (Tella), and her fiancé. With the assistance of a handsome, roguish, and potentially duplicitous sailor (Julian), the two teens make their clandestine escape from their tiny island to journey to Caraval. Upon setting foot on the host isle, Scarlett’s romanticized version of Caraval conflicts with reality, and she finds it (and her unexpected alliance with Julian) exciting and unnerving as they try to reunite with Tella. All participants are cautioned against getting swept too far away by the performance. Could Scarlett be swept away? I was certainly swept away by this book, which creates a world in which beautiful gowns are paid for in secrets, magic is in the air, and the performance is restricted to nighttime hours, but the secrets, machinations, and intrigue know no boundaries. It’s a story of love, loyalty, betrayal, sacrifice, and heartbreak set in a world where the line between reality and illusion is blurred. Recommended for adult and teen fans of The Night Circus who enjoyed its blend of magic, romance, and a sense of looming menace.