The Changeling: A novel 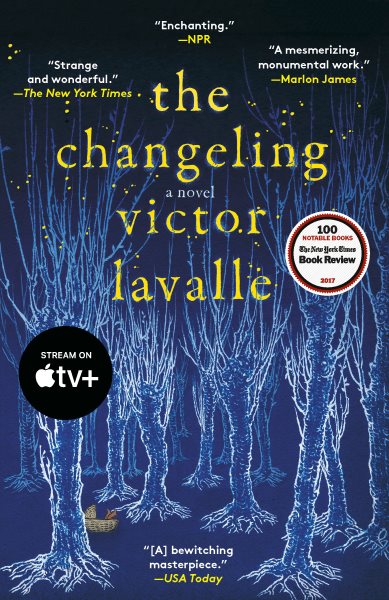 Staff Review: "The Changeling: A novel " by Victor La Valle

One night, Apollo Kagwa's wife, Emma, chains him to a chair, kills their infant son and disappears.  Was it postpartum depression or something much worse?  He sets out to discover whether his wife is still alive and what exactly happened to his son.  Apollo has some baggage of his own that he has to grapple with along the way, including a father who abandoned him, leaving behind a box full papers and one children's book--the Maurice Sendak classic, "Outside, Over There."

Apollo's story eerily mirrors that of the intrepid Ida from the Sendak classic, as he sets out to find his wife. La Valle has done a masterful job of blending ethnic folklore, fairy tales and reality into a spellbinding dark classic.  A mystery with a side of supernatural suspense, La Valle draws the reader along for the ride, as he carefully develops the character of Apollo from a young boy through the stages of young man in love, to husband and father and finally hero of his own story.  With inventive and interesting secondary characters, like Patrice, Apollo's friend and colleague, who happens to also be a bit of a computer wiz, to William Wheeler, a stranger eager, perhaps too eager, to help Apollo find his wife, La Valle weaves a net of subtle magical realism, while at the same time remaining completely grounded in reality.  While some novels take themselves all too seriously, La Valle has a remarkably delicate touch when it comes to characterization and plot, effortlessly guiding the reader through Apollo and Emma's story of love, pregnancy, parenthood and grief.  A must read, if you enjoy your reality with just a touch of the fantastic.