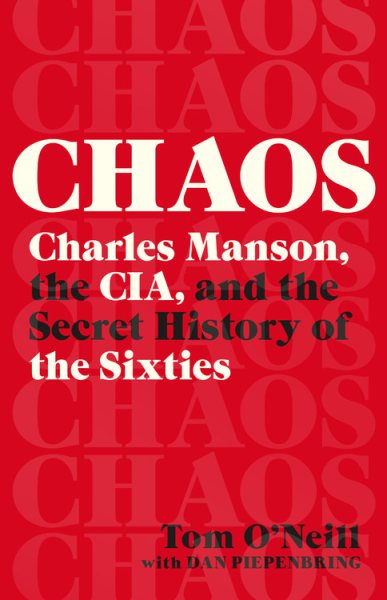 Most true crime fans like a new Charles Manson book. Often, they tell the same story. Creepy-crawly. Sharon Tate. The Family. Drugs and Helter Skelter. But so often, those books have a timeless, placeless kind of quality; the crimes shrouded in a haze of smoke and lies.

Meet Tom O’Neill. As a freelance journalist, he was approached in 1989 to write an article for a magazine for the 20th anniversary of the murders. Being a good journalist means knowing which threads to pull to get a good story. Now, thirty years later, he’s produced one of the most interesting, exhaustive and eye opening book about Charles Manson, the Family and their place in the late sixties.

O’Neill starts with Vincent Bugliosi, the prosecutor who won the death penalty for those arrested.  As O’Neill digs further, he begins to find evidence of obstruction on the part of the DA’s office, a history of arrests and releases for Manson and his girls in spite of many of them, including Manson, being on parole. O’Neill tracks down former associates who knew Manson long before the murders, like Manson’s parole officer, who also worked out of Haight-Ashbury Free Medical Clinic. He remembers seeing Manson develop his project of seducing young women, usually through the use of LSD.  At the same time, the CIA begins to study the usefulness of LSD on its own agents to brainwash and create the perfect Manchurian Candidate. The CIA admits to having a large number of agents posing as hippies, hanging around groups like Manson’s in the 1960’s.

Other links are equally exhaustedly researched. While Bugliosi thought that Sharon Tate and her friends didn’t know their assailants, O’Neill provides research via interviews that show, chances are good that Tate knew Manson through drug associates.

This doesn’t even begin to scratch the surface of the information that O’Neill uncovers. This book does a fantastic job of rewriting just about everything you knew or thought you knew about Charles Manson, his family and August 1969.