The Charmed Children of Rookskill Castle 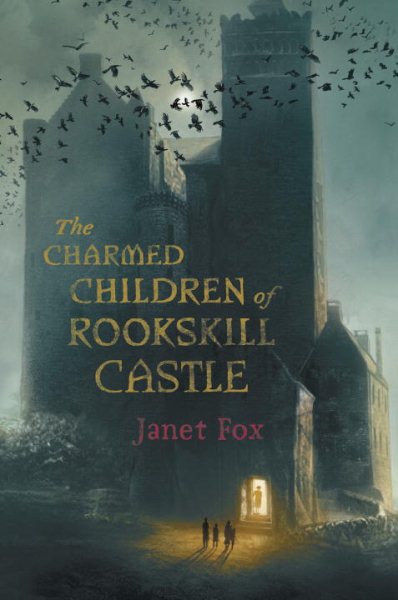 Amid warnings from the train stationmaster about Rookskill Castle in Scotland being peculiar, haunted, with grinding and screeching noises and rumors of kids disappearing, the Bateson children, Katherine (Kat), Robbie, Amelie, and Peter, an American boy, proceed to the castle anyway. Actually, what choice do they have? They’re kids who are sent to this makeshift castle school by their parents to protect them from the bombings in London. Surrounded by danger, twelve-year-old Kat eventually suspects that the unusual head of the castle, Lady Eleanor, may be involved in a Nazi spy operation. But as more children appear to be under some sort of spell, are being drugged, and begin disappearing, Kat wonders if some powerful, dark, sinister magic might be to blame. Will they be able to defend themselves against the dark forces, save the other children, and escape? This enchanting tween novel is a thoroughly enjoyable, addicting page-turner with interesting, well-developed characters and enough magic, mystery and adventure to appeal to everyone. Readers who enjoy books like Harry Potter and “Lemony Snickett’s Series of Unfortunate Events” will most likely “gobble up” this book and wish there were many more.