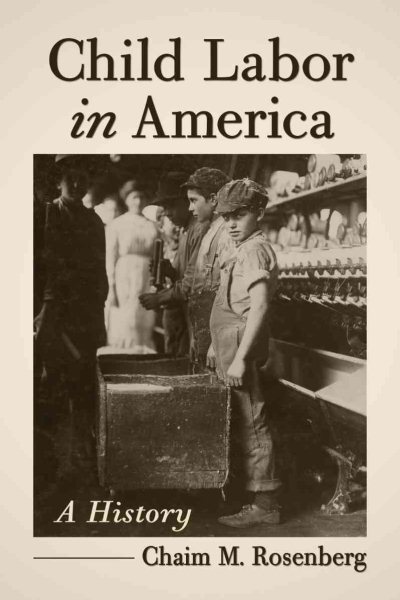 During much of America's history, children were employed as workers in factories, mines and sweatshops, on farms, etc. They worked punishing hours in horrendous conditions for scant pay. In part, America's great industrial growth in the late 19th and early 20th Centuries was built on the backs of child laborers, some as young as five years old. Rosenberg's book describes the growth of child labor during those years, detailing the work children did in the various industries. He also chronicles the individuals and organizations who fought to end this evil. CHILD LABOR IN AMERICA is an informative if often saddening look at the cost American children paid for the nation's economic progress.