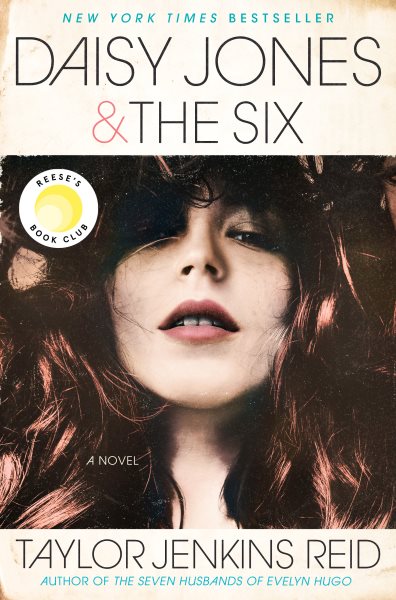 Classic rock bands from the 1970s and 80s are known for great music that defined a generation. But part of what also made them famous – and perhaps even inspired some of their greatest hits – were the bands’ interpersonal relationships. Groups like Fleetwood Mac, the Eagles, and Jefferson Starship were subject to infighting, firing and hiring band members, breaking up and getting back together again. Such bands inspired the story in Daisy Jones & the Six, about a fictional rock band that ruled the charts in the late 1970s.

When we first meet Daisy Jones, she’s a young teen sneaking into rock clubs on Los Angeles’ Sunset Strip in the 1960s. She’s essentially a groupie, hanging out with up-and-coming bands at all hours of the night, experimenting with drugs and learning about the music industry. Eventually, Daisy lands a record deal of her own, though her debut album is met with a lukewarm reception.

Meanwhile, in Pennsylvania, brothers Billy and Graham Dunne start a band that becomes known as The Six, which quickly gains national attention. Soon, the group is touring the country and rising up the charts, but the sudden stardom causes Billy to become addicted to alcohol and repeatedly cheat on his wife. After The Six features Daisy on a track that ends up becoming one of their biggest hits, she’s invited to join the band, a move that both solidifies Daisy Jones & the Six as one of the greatest bands of all-time but also leads to its downfall.

As a fan of classic rock, I was immediately drawn to this novel. The book features a unique interview-style format reminiscent of Behind the Music and other music documentaries. Through the band members' various points of view, you get unique (and sometimes conflicting) perspectives about several important events in the band’s history. The “interviews” make the group feel incredibly lifelike, and the song lyrics included at the end of the book made me wish the band had existed in real life and not just been a figment of author Taylor Jenkins Reid’s imagination.