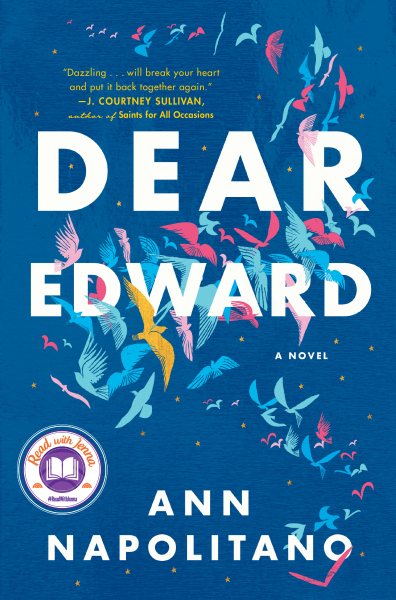 Readers find out early on in this book (about 20 pages in) that the plane that 12 year-old Eddie Adler is riding on will crash. He is the only survivor. The crash receives a huge amount of publicity and thousands of people respond through social media. Edward (as Eddie is known after the crash) goes to live with his aunt and uncle, who try to shield him from this fame so that he can live a normal childhood. He becomes best friends with his next-door neighbor, a girl his own age named Shay, and it could be said that he ends up saving her life just as much as she saves his. The passengers’ relatives write thousands of letters to Edward, which Edward’s uncle collects and secretly stores in the garage. When Edward discovers the letters two years after the crash, reading and responding to them with Shay’s help becomes part of his healing process.

Narration alternates between Edward’s life after the crash and the flight’s progress up until the crash. The author handles this writing technique so delicately that I quite enjoyed the juxtaposition of the two time frames, even though I am sometimes annoyed by books that use this structure. Napolitano’s artful descriptions and carefully selected details invoked memories of my own plane rides and made me feel uncomfortable knowing what is inevitably coming for the passengers. The book also highlighted, for me, the idea that we can never actually understand what someone is experiencing after surviving a traumatic event.