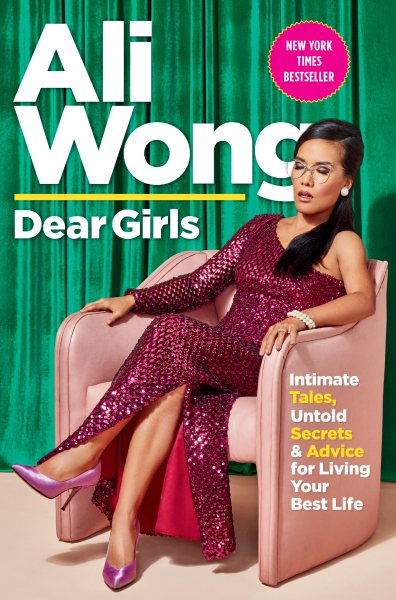 Comedian Ali Wong is perhaps best known for her Netflix comedy specials Baby Cobra and Hard Knock Wife, or for her romantic comedy Always Be My Maybe. In this hilarious, side-splitting memoir, Wong recounts her youth, getting started as a comedian, and her adventures in parenting through a series of letters addressed to her two young daughters (with the caveat that they don’t read the letters until they’re at least 21).

Wong was born and raised in San Francisco, the daughter of a Chinese father and a Vietnamese mother. In many of the chapters, Wong writes about how her identity as an Asian-American woman and the two cultures her parents brought with them to the US have influenced her, especially in her comedy. Each chapter focuses on a different topic, from past dating exploits to the births of her children, and Wong holds nothing back along the way. Her stories are engaging, often outrageous, and so much fun to devour.

For as fun and candid this book is, many of the anecdotes can get pretty explicit, so it’s not for the faint of heart. But if you’ve seen and enjoyed Wong’s comedy specials, or if you just need a few good laughs, I highly recommend this title.