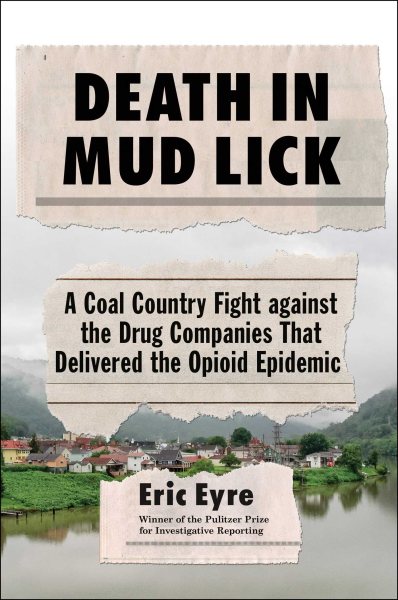 This fascinating book details not only the flood of opioids into West Virginia and its impact on the state's citizens, but also shows the power of investigative journalism to bring that information to light and affect change.

Journalist Eric Eyre spent years writing hundreds of stories on the opioid crisis for the Charleston Gazette-Mail newspaper in West Virginia and much of the book is based on that reporting, for which Eyre received a Pulitzer Prize. Drug distributors, doctors and pharmacies all conspired together to sell millions and millions of prescription pain pills - often in small West Virginia towns with populations in the hundreds - over the course of years while the federal government also failed to take a more proactive (or even reactive) approach to stopping the sales. With a reporter's knack for explaining in easier-to-understand terms the complex lawsuits and the devastating impact spurred on by the massive amounts of pain pills, Eyre's book is at times heartbreaking and maddening as he details the greed that kept the pills flowing, the lives lost by overdoses, and families left to wonder how it could all happen.

Eyre's book is also a terrific example of the power of investigative journalism in the face of opposition from huge corporations and state and federal governments worried about their own image. A side story within the book is the troubles faced by his own newspaper to keep afloat financially, much like local newspapers throughout the country, while Eyre himself deals with his own health issues. When taken together with his investigative work, it's a crucial reminder of the importance of local newspapers and their reporters who often are the only sources for vital information that affects the lives of people around the country and the world.