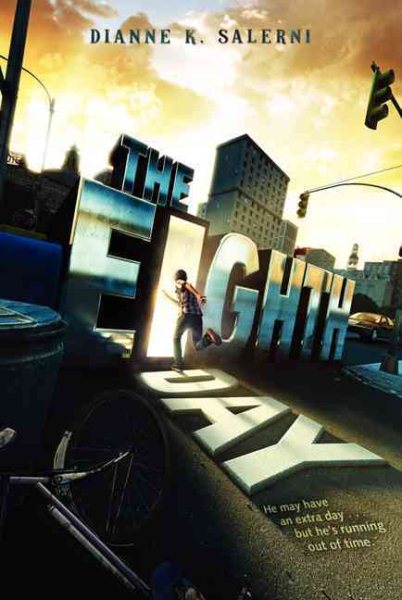 In this fantasy adventure, thirteen-year-old orphan Jax Aubrey discovers a secret eighth day. The eighth day is an extra twenty-four hours between Wednesday and Thursday. Jax along with other gifted people live on the eighth day, an extra day of the week. Jax meets a mysterious girl named Evangeline imprisoned next door locked in the eighth day. The girl is the key to rival Transitioners' plans to use the extra day to destroy the normal world. He and his guardian, Riley Pendare, must save Evangeline from the people that are hunting her to eliminate the seven-day world. Perfect for middle school and teen readers who like mythology, legends and series. The next book in the series is, "The Inquisitor's Mark" by Dianne Salerni.