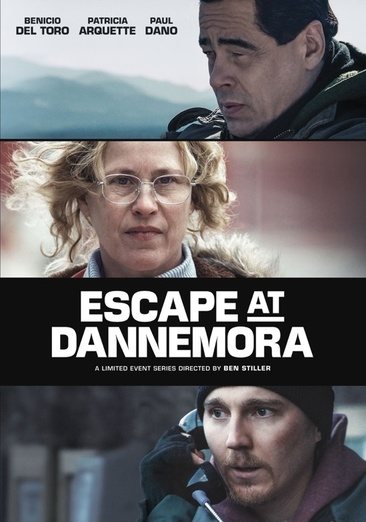 In the summer of 2015, two inmates – Richard Matt and David Sweat – escaped from the Clinton Correctional Facility, a maximum-security prison in Dannemora, New York. A massive manhunt followed the escape for nearly a month afterward, with many police, government and prison officials dumbfounded by how such an elaborate escape was possible.

Escape at Dannemora is an enthralling limited series that chronicles the inmates’ escape from start to finish. Through the series’ seven episodes, which aired in 2018, viewers follow Matt (played by Benecio Del Toro) and Sweat (played by Paul Dano) as they concoct their escape plan and work to carry it out. The two are aided by Joyce “Tilly” Mitchell (portrayed by Patricia Arquette), an unhappily married prison employee who engages in sexual affairs with both men and sneaks in tools to help with their plan.

As the series progresses, the viewers learn more about Matt, Sweat and Tilly, and about their personal histories, including what brought them to the prison in Dannemora. Del Toro, Dano and Arquette all give incredible performances, and every episode pulls you in just a little bit more, leading up to an intense and satisfying finale.