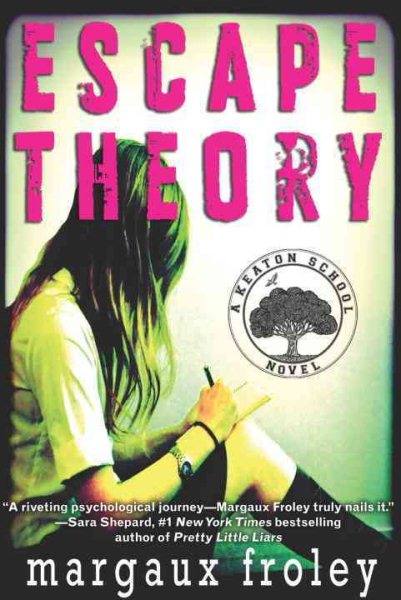 Devon Mackintosh, a scholarship student at an elite boarding school on the California coast, never really felt like she fit in. Now a junior with her sights on Stanford’s psychology program, she starts her duties as a peer counselor. These duties are far more challenging than she anticipated when one of the most popular guys at school, Jason Hutchinson (“Hutch”), dies of an apparent suicide. As she counsels Hutch’s friends and recalls a memorable night she spent with him during their freshman orientation week, Devon becomes convinced that his death was not a suicide and is determined to unearth the truth. This psychological thriller is given emotional depth by memories of Devon’s night with Hutch, and the cast of potentially complicit characters are well drawn. Escape Theory is likely to appeal to fans of the television series Veronica Mars—Devon’s tenacity for the truth in the face of social and institutional disapproval and her ability to consider anyone a potential suspect will strike a familiar chord. I thoroughly enjoyed this book and look forward to Devon’s next case.