The Far Away Brothers 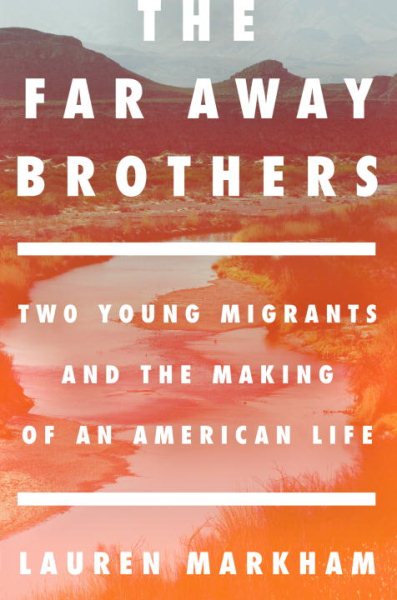 Staff Review: "The Far Away Brothers" by Lauren Markham

Author Lauren Markham's deeply reported book tells the story of identical twins, the Flores brothers, who migrate from their home in El Salvador to California, not only to escape the violence of their native land but also in an effort to help their parents and siblings who stay behind in El Salvador. A mix of Markham's own firsthand accounts and details reconstructed from extensive interviews and reporting, this book is an enlightening chronicle of contemporary immigration. We experience El Salvadoran life through the eyes of the twins and their family - particularly the gang violence that spurs the teenagers north - as well as the twins' experiences as they try to assimilate in the United States.

We follow the teenage brothers across the Northern Triangle (El Salvador, Guatemala and Mexico) and across the border into Texas, where they enter a legal system that awaits tens of thousands of people who enter the United States illegally. Many of them are unaccompanied minors, and some of those as young as 10 or 12 years old. As they await their legal fate, we're with the twins as they navigate a new school with a new language, gain jobs to help their family financially and pay down the debt incurred in migrating north, and learn what it's like to be a teenager in a new land.

This book is a real eye-opener. Markham shows the reasons people migrate to the United States are myriad. People like the Flores brothers still believe that the American Dream is possible: that the U.S. is a much safer place than their own country, and that their prospects to live a better life are better here than if they stayed home. Indeed, a safer and more prosperous life in the United States is the only hope that some immigrants have.

I would recommend this book to anyone. From reasons behind migration to the experiences of those who go through it and what migrants face when, or if, they reach the United States, Markham's book goes far beyond the day-to-day headlines and political bickering to provide crucial context around this important issue.