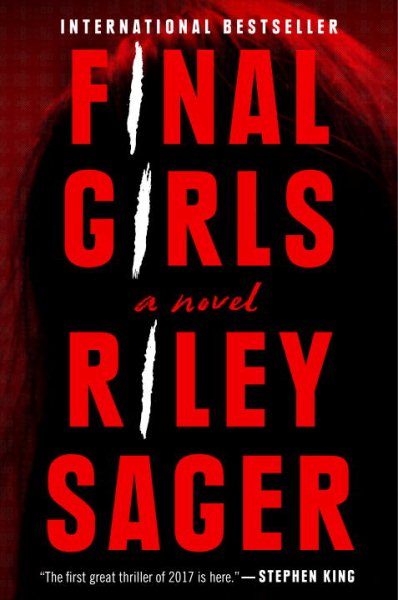 Quincy Carpenter lives in New York City and is the curator of her own popular baking blog. But 10 years ago, she was the lone survivor of a brutal serial slaying in the middle of the woods, known as the Pine Cottage Murders. Though the rest of her college friends were stabbed to death by a deranged mental patient, Quincy survived and was branded by the media as a "Final Girl," a title she shares with two other women: Lisa, the sole survivor of a sorority house bloodbath; and Sam, the only person left alive after a series of murders at a motel in Florida.

Quincy's predictable and pleasantly uneventful life is upended when Lisa is found dead due to an apparent suicide. Days later, Sam turns up at Quincy's door after years of living off the grid in an effort to avoid the media. Sam tells Quincy that they may be in danger and, as the last two Final Girls, they must stick together. Quincy lets Sam into her life (and her home), but can't shake the uneasy feeling that Sam knows more about Lisa's death than she leads on.

As a fan of slasher movies like "Halloween" and "Scream," I was immediately drawn to the plot of "Final Girls." The book is a suspenseful psychological thriller full of plot twists and turns that you don't see coming (I thought I had the ending figured out on numerous occasions and was wrong each time.) It’s a must-read for fans of mysteries, thrillers and suspense novels!