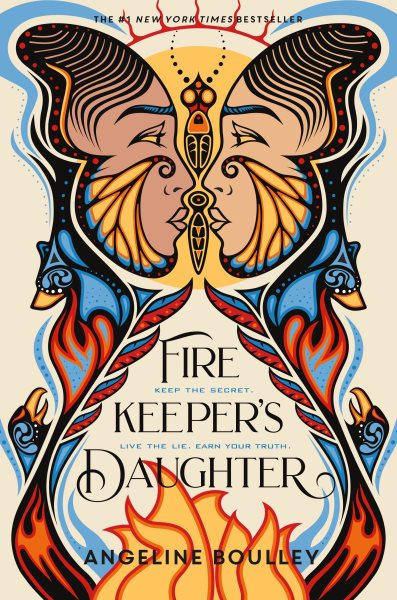 Daunis Fontaine is an 18-year-old living in her hometown of Sault St. Marie, in Michigan's Upper Peninsula. While she should be headed to the University of Michigan to pursue her dream of becoming a doctor, she decides to stay home to help her mother after a series of family tragedies. Daunis is also highly connected to her Firekeeper roots: she is half Ojibwe and is a well-respected hockey player and figure in her tribal community. Sault St. Marie has her best friend Lily, half-brother Levi, the elite hockey team Levi captains, and a cute new player named Jamie that Daunis has an immediate connection with.

While there is good in Daunis’ community, there is also bad. The hockey team has watched the physical and mental decline of a teammate due to his meth addiction. When a meth-related murder-suicide rocks the community, Daunis decides to get rid of the rot that has taken hold of her community. She becomes an undercover operative with the FBI to find out who is cooking and supplying a new kind of meth in the tribal community and throughout the Great Lakes region.

This book was a joy to read and I did not want it to end. The plot was thrilling, mysterious, and had me guessing to the very end. There was a lot of science, natural remedies, Anishinaabe language and great character development.  I will not forget this book! I read it and listened to the audiobook at the same time. Listening to the audio allowed me to hear the proper pronunciation of the Anishinaabe words spread throughout the novel. Recommended for teens, adults, or anyone looking for a mystery or thriller.