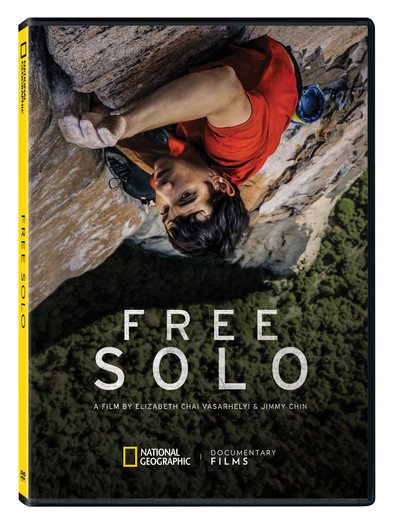 Alex Honnold is one of the rare, lucky people in this world who have managed to translate a beloved passion and hobby into a full-time career. As a professional rock climber, he has traveled all around the world, climbing mountain sides, boulders and cliffs in places like Borneo, Patagonia and Chad. But Honnold's way of climbing is a bit more daring - and dangerous - than others in his field. His preferred method of climbing is to free solo, in which a climber scales an object without the use of any harnesses, ropes or other protective equipment. One strong wind, one minute distraction or one small misstep and the climber falls, with nothing to catch him or her on the way down.

As a child, Honnold and his family made numerous visits to Yosemite National Park in California and, as an adult, it's a place of special significance for him. For years, he's considered the idea climbing El Capitan, a 3,000 ft.-high rock formation in Yosemite, but never attempted it. In 2016, however, he changes his mind and makes conquering El Cap his ultimate goal. Free Solo follows Honnold as he prepares to climb El Cap, making numerous test runs up the monolith with help from other climbers who have become like a second family to him. The film also introduces viewers to Honnold's girlfriend, Sanni, who must reconcile her growing feelings for Honnold with that of his career, which she knows could claim his life at any moment.

Free Solo won Best Documentary Feature at the 2019 Academy Awards, and for good reason. The documentary's film crew is comprised entirely of well-seasoned rock climbers who are able to scale the same formations as Honnold (albeit with ropes and harnesses) to capture his ascent on video. The crew also employs the use of drones to film certain bird's-eye views, which really help capture the grandeur of Honnold's climbs and the majestic beauty of Yosemite and other natural areas around the world. The cinematography of the film is just as impressive as watching Honnold in action as he methodically uses his expert problem-solving skills and physical fitness to complete his death-defying climbs. Free Solo may make your stomach lurch (in a good way) as you watch Honnold make his jaw-dropping ascents, and I have no doubt it will leave you in awe.