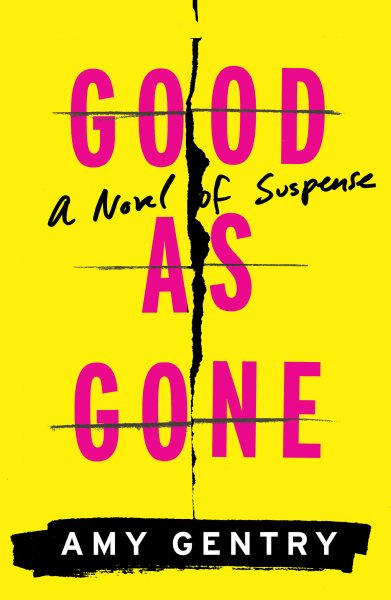 When she was just 13 years old, Julie Whitaker was abducted from her bedroom at knifepoint. The kidnapping was witnessed by Julie’s younger sister, Jane, who watched in horror from the interior of her closet. The abduction, which was never solved, left the Whitaker family in shambles, forever changing the dynamic between Jane; her father, Tom; and mother, Anna.

Eight years later, in the middle of a family dinner, Julie shows up on the family’s doorstep haggard and suffering from malnutrition. The family cannot believe the miracle of Julie returning to them, but is it too good to be true? Anna slowly begins to suspect that the woman living in her house, claiming to be Julie, may not be her real daughter. Shortly thereafter, she is contacted by private detective who shares the same suspicion, as the woman claiming to be Julie has appeared in numerous cities under numerous aliases.

Good as Gone featured numerous surprises and twists, which adequately kept up the mystery and suspense it was aiming for. Each chapter alternates between Anna in the modern day and Julie in the past, which gives the readers the diverse perspectives of each woman. Though the writing is somewhat confusing and clichéd at times, the book is still worth reading.