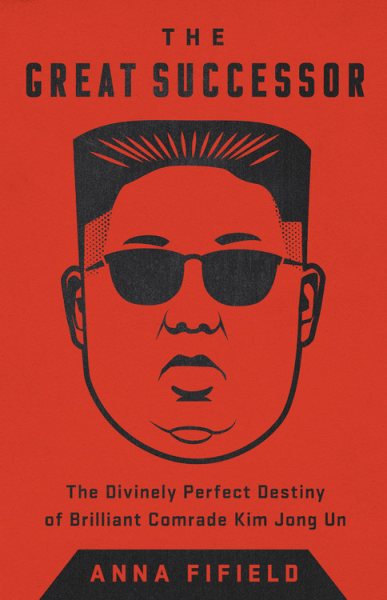 Kim Jong Un is known the world around as the leader of North Korea. Some view him as a ruthless dictator who keeps the people of his country under harsh, suffocating control while others see him as a power-hungry – though mostly harmless – ruler who strives for more respect and standing on the international stage. In The Great Successor, journalist Anna Fifield chronicles the leader’s life, delves into his psyche to explore what motivates him, and talks about the current state of North Korea through personal visits and interviews with former citizens who fled the country.

The book begins with Kim Jong Un’s sheltered upbringing in North Korea, where he was spoiled endlessly and had virtually no other kids his age to play or interact with. Even as he got older and attended school in Switzerland during his tween and early teen years, Jong Un still struggled to form close friendships with other students and spent almost all of his free time playing basketball. Then, at the age of 27, he became North Korea’s third Supreme Leader, a position he inherited from his father, Kim Jong Il, who inherited the position from his father, Kim Il Sung.

Though North Korea is still a totalitarian state where people can be jailed for simply not cheering for the Supreme Leader loudly enough, Fifield documents many positive changes she sees happening in the country, including its gradually improving economy (due to Kim Jong Un embracing a more capitalist-style free market) and an greater emphasis on addressing the nation’s food shortages and famines. Fifield also covers Kim Jong Un’s success at amassing a nuclear arsenal, his attempts to repair the country’s relationships with other Asian nations and his diplomatic summits with President Trump.

I found this book to be utterly fascinating. Kim Jong Un is a figure I've heard about quite often over the last decade but knew  almost nothing about. It was interesting, and sometimes shocking, to read about what life is like for the average citizen in North Korea compared to that of their leader, who they view as a deity (literally). If you like current events, or want to get a peek into the otherwise closed-off country of North Korea, I highly recommend The Great Successor.