The Greatest Sitcoms of All Time! 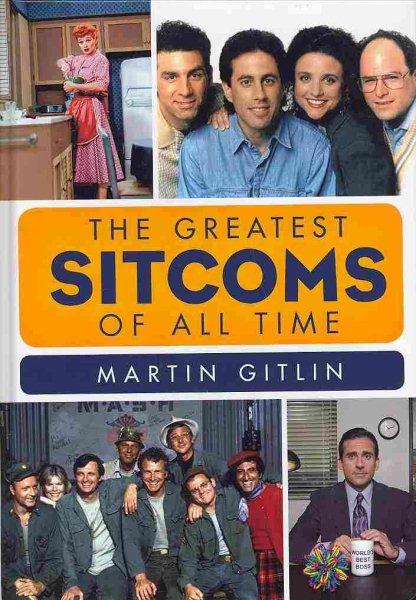 Staff Review: "The Greatest Sitcoms of All Time!" by Martin Gitlin

Everyone has a favorite sitcom. In THE GREATEST SITCOMS OF ALL TIME, Martin Gitlin has undertaken the daunting task of ranking the top 50 sitcoms of all time. The results make for entertaining and informative reading. Gitlin evaluated hundreds of shows based on factors such as its longevity, ratings, the awards it won, its impact on society and so on. From that, he came up with a ranked list that reads like a who's-who of TV comedy including shows like COSBY, 30 ROCK, THE JACK BENNY SHOWS, FRASIER, MASH, WONDER YEARS, GET SMART, OUR MISS BROOKS, BEWITCHED, THE BEVERLY HILLBILLIES, CHEERS, etc. Each show gets a four-six page write-up with history, production details, award listings and so on. And what is the #1 greatest sitcom of all time according to Gitlin? Sorry; you've have to read the book to find out!