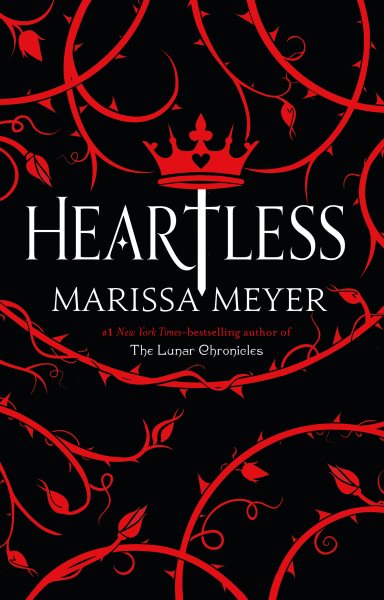 Everyone knows the Queen of Hearts from Alice in Wonderland to be a mad tyrant. But, how did Catherine, the future Queen of Hearts, become so heartless? Cath has no desire to marry the awkward and timid King of Hearts. Instead, she wants to open a bakeshop and spend her days baking macaroons and cakes for the Kingdom of Hearts. Her parents, however, do not see this dream as a suitable future for their daughter. The King is about to propose to Cath at the royal ball, but she creates a distraction (thanks to the Cheshire Cat) and is swept away by the court joker, a handsome man named Jest. From there on, Cath's world and the Kingdom of Hearts changes forever. Full of Alice in Wonderland characters and charm, find out how the Queen of Hearts' dream of baking and being with the man she loves meets its ugly demise. I thoroughly enjoyed all of the references to Wonderland and appreciated this tale on the Queen of Hearts before she became a heartless, evil tyrant. While I did not find this book to be as compelling as Marissa Meyer's other fairy tale retellings Cinder, Scarlet, Cress, and Winter, it was still a fun, delightful read.