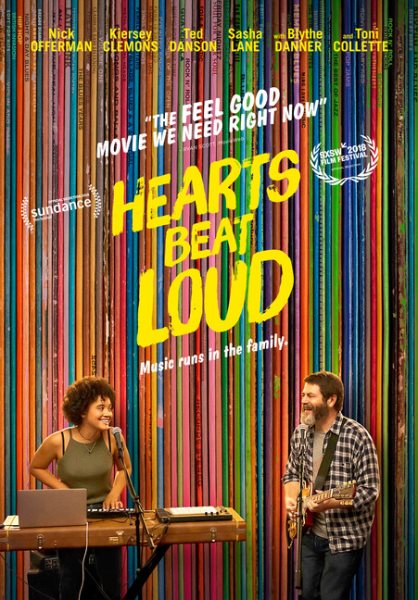 Frank (Nick Offerman) is a middle-aged single father whose life is on the verge of change. He’s considering closing his small Brooklyn record store due to poor sales and his daughter, Sam (Kiersey Clemons), is just weeks away from going off to college in California to study medicine. Both lovers of music, Frank and Sam write and record a song one night in the name of father-daughter bonding. But after Frank puts the song on Spotify, it starts to attract attention from both listeners and record labels.

Having always dreamed of being a successful musician, Frank encourages Sam to start a band and record more music with him. Sam initially resists but ultimately acquiesces, finding songwriting to be a therapeutic way of processing her feelings of going to college and leaving behind her girlfriend, Rose. Sam finds that her future plans, which before seemed so concrete, are now in flux.

There have been several movies that have tried to blend music and drama but few have done it as well as Hearts Beat Loud. Both Offerman and Clemons gel perfectly together as father and daughter, and the duo is backed up by a great supporting cast including Toni Collette, Ted Danson and Blythe Danner. Not to mention, the original music featured in the movie is incredibly infectious, so much so that I was compelled to purchase the soundtrack immediately after the film ended. Watch this if you’re looking for some laughs, a great story and even better music.