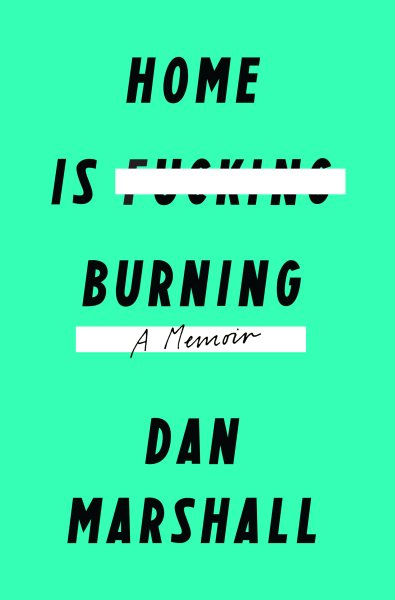 Dan Marshall had it made at 25. After being brought up in a privileged (some may say spoiled) home, he had a great job in Los Angeles, a devoted long-term girlfriend and no bigger problem than deciding where to vacation next. Then, while lounging in Palm Springs, that life instantly vanishes when Marshall gets a call from his parents telling him that his father has been diagnosed with ALS, also known as Lou Gehrig's Disease. To make matters worse, Marshall's mother, who has been battling cancer on and off since the early 90s, has her cancer return once again. "Home is Burning" chronicles Marshall's transition from an entitled, carefree millennial to that of a devoted son who nearly loses his identity under the stress of caring for two terminally-ill parents. Though the subject matter is heavy, Marshall's exquisite and entertaining writing makes this memoir a page-turner. You go along with the Marshalls on this heart-wrenching (and often funny) personal journey as if you're another member of the family. The book may be too full of sex jokes and curse words for some readers, but if that's something you don't mind (or can look past), I highly recommend moving it to the top of your reading list, as it is one of the best I've read in the last several years.