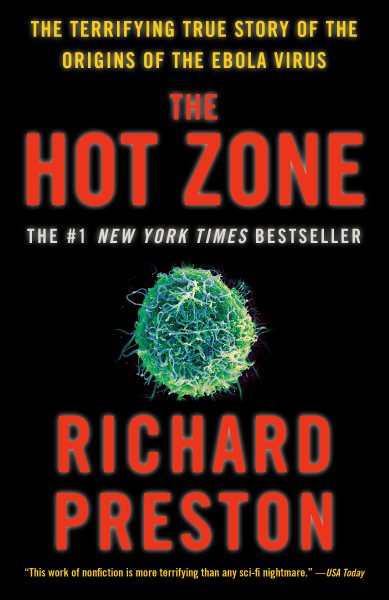 Stephen King considers this one of the most horrifying books he has ever read! Probably because it is nonfiction and relates the tale of death and destruction by the deadliest animals on earth. Those animals are also some of the smallest animals, the fatal virus Ebola and some of its close relatives. The author traces back the devastating and bloody trail of the first known occurrence of the Marburg and Ebola virus. Catching either of these viruses results in a painful death during which your insides liquefy and expel from every body opening in the form of bloody goo. Most people will not survive. Having this terror on the planet isn't even the scariest part of this book, it's having this virus occur in the U.S. in a facility less than 30 miles from the densely populated area of Washington D.C. Worse still is the "laissez faire" handling of the infection before it was identified! The narrative is well-written and engaging, putting names and personal histories behind victims of these viruses and the experts who tried to identify and find cures for them. Ebola did happen here, a disease that still doesn't have a cure and still continues to kill those unlucky enough to catch it. And it could very well happen again.