The House Across the Lake 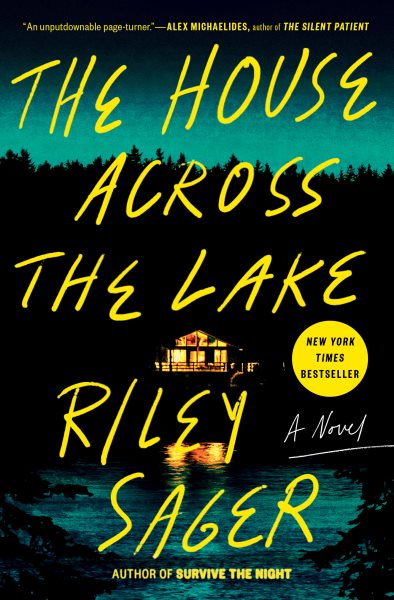 Staff Review: "The House Across the Lake" by Riley Sager

Casey Fletcher is barely keeping it together. She’s a famous actress whose career and life have been in a downward spiral since her husband tragically drowned the previous summer. In the time since her husband passed away, Casey has turned to drinking heavily and having meaningless hookups, which culminated in a public meltdown that was covered thoroughly by the tabloids. In an effort help Casey work through her feelings and heal, her mother (also a famous actress) instructs Casey to spend the next several months at the family’s secluded lake house in Vermont.

Instead of working through her grief, Casey spends her time at the cottage drinking bourbon and spying on her neighbors with a pair of binoculars. One afternoon, Casey spots Katherine, a former model who lives across the lake, floating face down in the water. After Casey rushes to save Katherine and resuscitates her, the two form a friendship. Days later, Casey witnesses Katherine and her husband, Tom, having a major argument in the middle of the night. The next morning, Katherine is nowhere to be found, and Casey begins investigating Katherine’s disappearance and its possible connection to the disappearances of several other women from around the lake. Boone, a hunky handyman staying at the cottage next door, reluctantly assists her. Soon, Casey doesn’t know who she can trust – most of all, if she can trust herself.

I anticipated The House Across the Lake to be a carbon copy of books with a similar plot, like The Girl on the Train and The Woman in the Window. And while the plot is similar initially – an alcoholic, socially-isolated woman eschewing her past trauma believes she has witnessed a murder – the book veers off in a direction that is uniquely its own. In fact, I think author Riley Sager used the assumption that you’ve “heard this story before” to lull you into a false sense of familiarity and then blindside you with twists that make you question everything you thought you knew. In this way, the reader becomes much like Casey, and prepares you for the book’s startling third act.