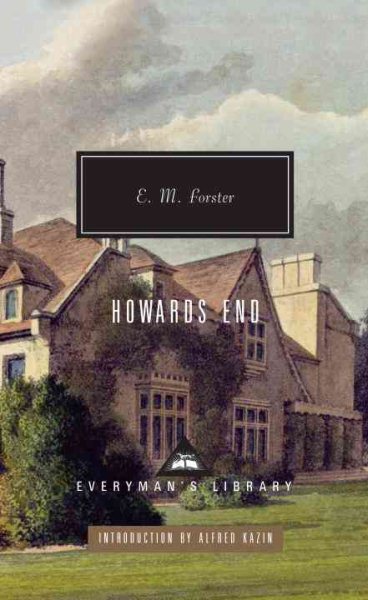 Howards End is set in the early Edwardian era in England. The plot centers around two middle-class families: the Wilcoxes and the Schlegels. After the death of his first wife, Henry Wilcox marries Margaret Schlegel to the amazement of both their families. The two seem unsuited in age and interests. Margaret, an independent-minded woman, wants to help Henry Wilcox realize his inner life: to “connect the prose…with the passion.” Yet, she tells her sister Helen, she does not “intend him or any man or woman to be all my life…There are heaps of things in me that he doesn’t and shall never understand.”

The novel also incorporates the idea of class guilt. Margaret and Helen Schlegel’s friendship with a working-class man causes them to confront their middle-class privilege. “You and I and the Wilcoxes,” Margaret says to her aunt Juley, “stand upon money as upon islands. It is so firm beneath our feet that we forget its very existence.” Resulting circumstances create a situation that exposes a secret from Mr. Wilcox’s past and tests the strength of Margaret and Henry’s relationship.

Though first published over a century ago, Forster’s story remains relevant to modern readers. At its heart are lessons on communication, relationships, and various social issues which are still concerns in this century: prejudice, poverty, inequality between the sexes, death. There’s so much to digest in this book that I’ll definitely be reading it again!

As a companion to this novel I recommend the Starz drama based on the book featuring Hayley Atwell and Matthew MacFayden.