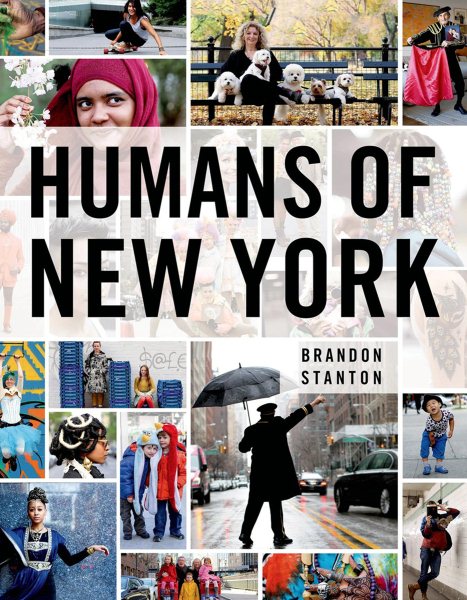 Chances are if you are on any type of social media, then you've probably been exposed to the fabulous photography of Humans of New York. While working as a bond trader in Chicago in January 2010, Stanton discovered a passion for photography. When his job ended, he decided to do something crazy and take up photography full time. He decided to go from city to city photographing whatever he found interesting. What he discovered was that he was beginning to take more and more photographs of people. When he reached New York, he was so impressed by the variety and movement of people there that he made a decision to create a photographic census of the city, thus Humans of New York was born. What he discovered was that the more photos he took, the more stories he learned, and the more he wanted to share. With a little help, "Humans of New York" went from photographs on his personal website to a blog with a vast fan base on social media. This book is a beautiful collection of 400 photographs and some of the stories that Stanton collected as he took them. Get ready to discover the beautiful diversity of this vibrant and never still city!