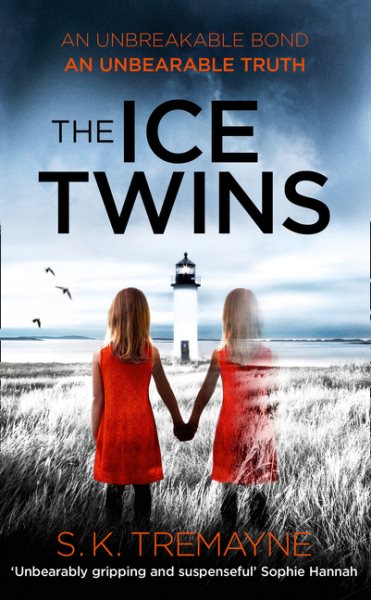 What would you do if your one surviving daughter, a year after the other twin's death, suddenly tells you she's really the dead twin? For over a year you've been calling her the wrong name and the wrong daughter survived. Forced to move from London into a lighthouse on a remote Island in Scotland after financial disaster and the death of one of their twin daughters, Sarah is horrified when Kirstie suddenly tells her that she's really Lydia. How could they make such an error, and what really happened that night when Sarah found one of her daughters screaming at the edge of a balcony and the other daughter sprawled on the ground beneath? When Kirstie (or is it Lydia?) starts seeing her dead twin sister in mirrors and Sarah's marriage starts to fall apart beneath the lies and questions, readers are sure to be unable to stop reading until the truth is told. But even after the mystery of that unthinkable night and the trauma that followed is solved, I was still sitting in stunned silence after I finished this new thriller. The story held on to me in a way that wanted me to immediately discuss the novel with someone else who's just read it! I couldn't put this one down.