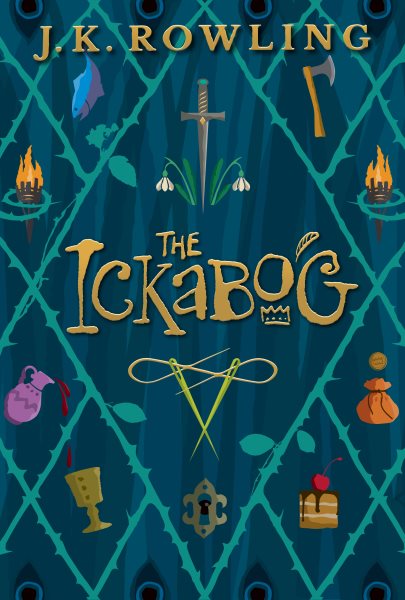 Fairy tales are often great because of the fantastical places they transport the reader to. Everyday people live among kings and queens, horse-drawn carriages and castles, and otherworldly creatures that make up a world unlike our own. "The Ickabog" is no exception, and also features a plot and life lessons that are very much relevant to our own lives.

The story opens in the land of Cornucopia, which is known around the world for its decadent pastries, delicious meats, and artisan wines and cheeses. But it’s also known as the home of the Ickabog, which is said to inhabit the Marshlands, in the desolate northern corner of the kingdom. While no one has ever actually seen an Ickabog, legend of the creature has grown throughout the generations, with its physical description and characteristics changing from storyteller to storyteller (similar to Bigfoot or the Loch Ness Monster).

In order to win over the love and respect of his subjects, King Fred the Fearless – the ruler of Cornucopia – sets out on a mission to slay the Ickabog once and for all. He heads to the Marshlands with a small army and his two closest advisors: the gluttonous Lord Flapoon and the conniving and power-hungry Lord Spittleworth, both of whom manipulate and puppeteer the King in order to exert their own influence over the kingdom. After an accident leaves one man dead and the entire kingdom in fear, two young friends, Bert and Daisy, set out to expose the truth about the Ickabog and the corrupt monarchy, each in their own way.

"The Ickabog" is the first children’s book that J.K. Rowling has published since releasing "The Tales of Beedle the Bard" (a companion book to the Harry Potter series) in 2008. It’s a story she worked on piece-by-piece when her children were little and didn’t finish it until the spring of 2020, while in quarantine. The book’s themes include bravery over fear, love conquering hate, the importance of truth, and the dangers of greed, and the story is classic Rowling – imaginative, descriptive, and magical, while also being incredibly relatable (both for kids and adults!)