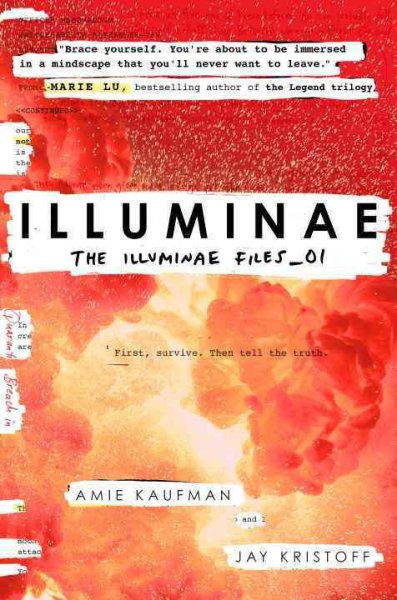 It’s a good thing that seventeen-year-old Kady broke up with her boyfriend that morning. If she hadn’t broken up with Ezra, she wouldn’t have driven to school that day. She and Ezra survived the attack on their tiny plant of Kerenza by BeiTech Industries because they were able to make it to the port and escape with others on three different vessels. Kady is on the Hypatia, a research vessel and Ezra, who needed medical treatment, is on the battle carrier Alexander. Their relationship status is the least of their worries—an enemy warship is pursing them and those in charge seem to be hiding information about a recent shocking incident. Kady’s hacker skills help her unearth parts of the truth, but getting to the whole truth will require Ezra’s assistance and could prove dangerous for them both.

I really enjoyed this sci-fi page turner. The story is told through a compilation of documents, including debriefing interviews, chat transcripts, confidential memos, and surveillance reports that contribute to the aura of secrecy and conspiracy that permeates the story. I found myself fully invested in the characters and their fates and eagerly await the next installment.