An Illustrated Dictionary of the Third Reich 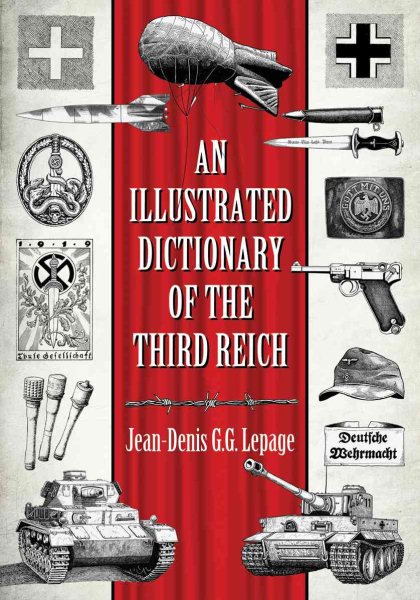 Staff Review: "An Illustrated Dictionary of the Third Reich" by Jean-Denis Lepage

Jean-Denis Lepage's book is a wide-ranging dictionary to 1,650 major and most important German terms associated with Nazism and the Second World War. The book defines/describes various laws, medals, badges, weapons, equipment, persons, organizations, slogans, songs, events, etc. The German-language term is given first followed by its English equivalent and an explanation that could run from a few sentences to two pages. Some of the entries have an accompanying drawing. Lepage's book is a good primer for those seeking a basic knowledge of the most evil empire in history.