Injustice: Gods Among Us #1 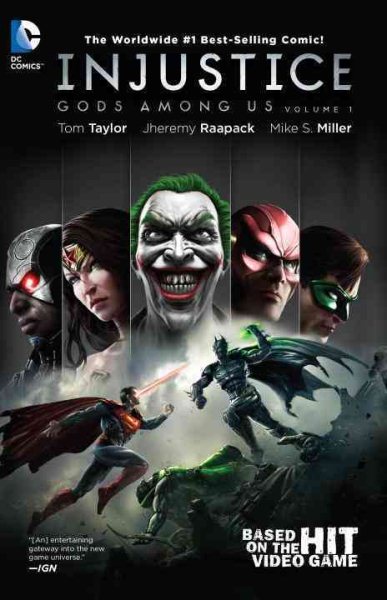 "Injustice: Gods Among Us Volume 1" is the first in a mulitvolume exploration of the five years before the video game of the same name. In this opening volume, the Joker sets off an atomic bomb that destroys Metropolis and at the same time tricks Superman into killing the pregnant Lois Lane. After killing the Joker during Batman's interrogation, Superman sets out to end all violence worldwide through the use of the superpowers of the Justice League. Similar to the way Marvel's "Civil War" series split the Marvel universe, members of the Justice League line up behind either Superman or Batman. Superman's biggest supporter becomes Wonder Woman, who plays a pivotal part in encouraging and extending Superman's crusade against violence. Superman manages to enrage and alienate not only Batman, but other superheroes including the leader of Atlantis, Aquaman, even while he leaves his colleagues baffled about his crusade.

Battling not just superheroes and armies, but also some of DC's most notorious villains adds a sense of depth the story, as superheroes end old alliances and forge new ones among themselves. Overall the art supports the characterization of the heroes in the story. However, the art was so uneven in spots, that I was actually pulled out of the story to wonder if two different artists had illustrated the story, sometimes within the space of a couple of panels.

Overall, "Injustice: God's Among Us Volume 1" is a great entry into the world of DC and its most popular characters, even if you have no intentions of playing the video game that spawned this prequel series.