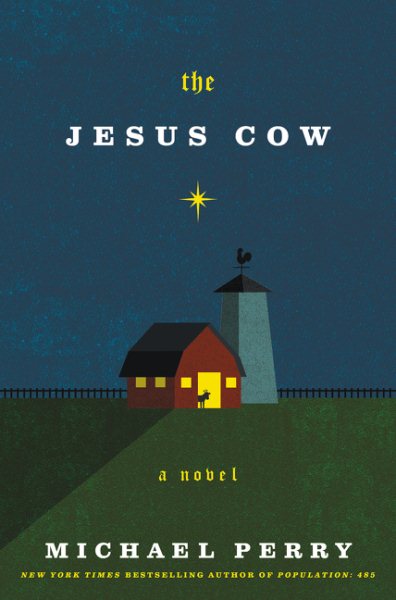 When Harley Jackson sees the unmistakable image of Jesus Christ on a newborn calf’s flank on Christmas Eve, he recognizes it for what it is: trouble. As a single fellow accustomed to a quiet life in his small, rural Wisconsin community, Harley wants nothing to do with the attention the calf will draw. He’s reluctant to capitalize on the calf despite his best friend Billy’s assertions that the attention could save what’s left of his family farm and goes to humorous lengths to keep the calf under wraps as he embarks on a relationship with newcomer Mindy. Nothing can stay secret for long in the fictional Swivel, WI, and once word gets out, chaos, hilarity, and unforeseen consequences ensue. If you are a fan of Michael Perry’s non-fiction work you’ll enjoy "The Jesus Cow", which is his first book of fiction. The book is undeniably funny, but Harley has an introspective and melancholy streak that grounds the story. It’s an exploration of faith, community, and relationships packaged in a charming, humorous story. Perry narrates the audiobook, which is delightful. As someone who grew up in small-town Wisconsin, I particularly appreciated the authenticity he brought to the rural Wisconsin dialect.