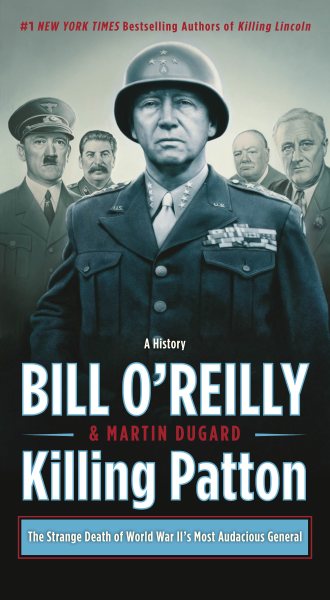 It is ironic and entirely appropriate that I am reviewing this fine book on Veterans Day. The book is a thorough telling of General George S. Patton who led the 3rd Army to victory over Hitler’s forces during WWII. Hitler with his agenda to rule Europe, and perhaps beyond, had devised his last and final attempt to gain back the momentum to win the war for Germany (but really for his devious purposes). Covering the decisive battles including the Battle of the Bulge which turned the tide to Allied victory in Europe, the book discusses Patton’s incalculable contributions to that victory. The book is a great read that gives understanding to historic events including the major players in the war in Europe such as FDR, Stalin and Churchill. For those of us who appreciate great men who have love of country and honor, Killing Patton will not disappoint. What does disappoint is the treatment and lack of respect for his great patriotism and efforts. Forces both foreign and domestic, saw his blunt, no nonsense approach, and predictions (including warnings about Stalin and Russia) as a threat and planned (plotted) to “get rid of him” in a variety of ways, including assassination.