The Lady's Handbook for Her Mysterious Illness 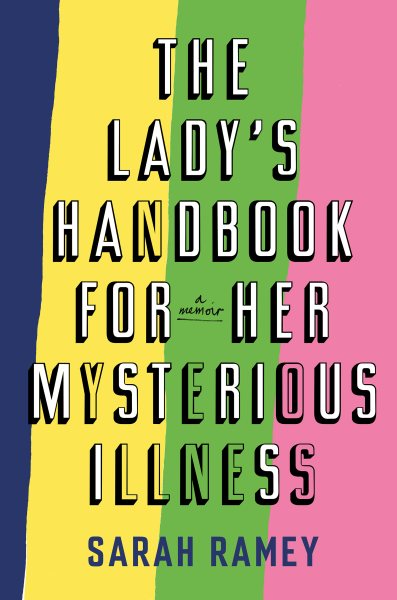 Staff Review: "The Lady's Handbook for Her Mysterious Illness " by Sarah Ramey

This book is for anyone suffering from a chronic and/or mysterious illness. It's for anyone whose life was suddenly derailed by an onset of symptoms that seemed to appear out of nowhere (but typically follows a trauma of some sort). It's for anyone who, as Ramey puts it "...looks normal, but...feels like the walking dead.".

At times frustrating, harrowing, and uplifting, Ramey takes us on her own journey of chronic illness, what helped her, and what she believes those of us suffering from chronic or mysterious illness should work towards to try and heal. I felt someone was acknowledging my own journey with mysterious illness, but I also felt at times outraged and downright horrified to hear how much the author suffered from the hands of doctors who not only didn't listen or believe her, but outright caused her harm.

Ramey emphasizes that this book isn't just important for those of us suffering with chronic or undiagnosed illnesses, it's important for everyone to read because "...it isn't just the sufferer who wakes up- it's the people who allow themselves to feel someone else's hurt.". I couldn't agree more, because we need everyone to be empathetic to those suffering, who need more support. Not only are tests for mysterious illnesses often crude or don't even exist at all, but not enough funding is devoted to these types of illnesses. Unfortunately, in the time of 15 minute rushed appointments with doctors who aren't thinking beyond the common ailments, those suffering with mysterious illnesses are shuttled between specialists, with no one diving in deeper to look at the whole picture. To add to the frustration, we often experience an exhausting amount of gaslighting along the way; as Ramey puts it, these doctors can accuse '"...you of being overemotional, while doing the very thing that is making you overemotional.".

Despite my recommendation, I do have a few caveats for those that want to pick this up. It is an investment to read (clocking in at 432 pages), parts of Ramey's journey could be triggering for those deep in the trenches of chronic illness, and I personally didn't feel it was as gender inclusive as it should have been. I would also note that as horrific as Ramey's experiences have been, it should be acknowledged that she does come from certain places of privilege that not everyone with a chronic illness comes from, not only from a racial and financial standpoint, but because she comes from a family of medical professionals.