The Land of Forgotten Girls 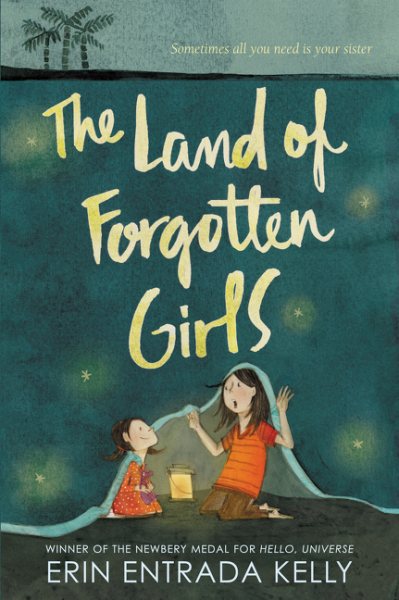 Living in the shadow of her sister Amelia’s ghost, and carefully trying not to destroy the spirit of her younger sister, ever-resourceful Soledad tries desperately to give her something to believe in, even though it may be untrue. Living in almost unbearable conditions in Louisiana with their new, evil stepmother after their father deserts them soon after his remarriage, Soledad chooses to keep the myth alive created by their recently deceased mother about an Auntie Jove who will come to rescue them. The empty loneliness and despair in the “land of forgotten girls” becomes brighter with new friends and an elderly neighbor who can’t speak much English. Will they escape? Will an Auntie Jove come to rescue them, or is hope enough to save them? This charming tween novel highlights the power of hope with strong, resourceful children coming to grips with, and surviving in, an environment not of their choosing.