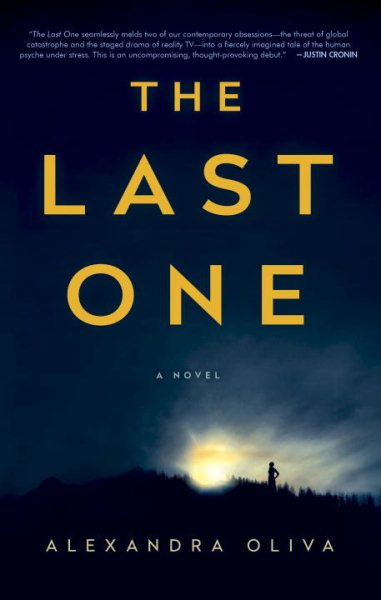 Staff Review: "The Last One" by Alexandra Oliva

The story starts out straight forward, with a woman competing in a reality show that takes place deep in the wilderness. The producers name her Zoo, and they also control what the audience sees and cannot see from the contestants competing. Narrated from two points of view, the story tells both the TV world's perception (or lack thereof) of events between the contestants and the point of view of Zoo as she is participating in filming. Zoo goes on a journey of introspection as she navigates the challenges of the show. Cut off from the outside world, the contestants do not have knowledge of the destruction happening all around them. As Zoo continues on her journey she finds herself fighting for her life just to win a prize...or is there more to what she encounters as she unwittingly re-enters what used to be society? This novel ultimately begs the question, what is reality?

The premise of this book itself is fascinating, and that's why I picked it up. The world of the reality show is so well thought out and does a wonderful job of exploring how producers and editors can change our perception of reality. I loved that the story was told from two points of view as it gave a unique perspective of the timing of the superbug in relation to what Zoo experiences in the wilderness. I listened to the audio book and highly recommend listening as there are two voices for the two point of views. I was hooked all the way until the dramatic ending. Looking for something different to read? Pick this one up today!