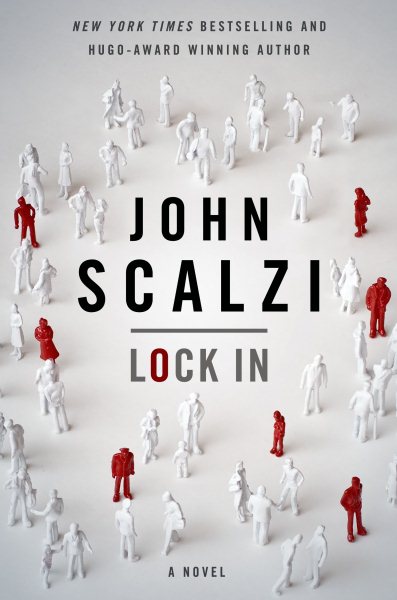 It’s twenty-five years since an illness that became known as Haden’s Syndrome swept the world and left 1% of those afflicted in a state known as “lock in.” Those in lock in are aware of the world but unable to move or otherwise respond to their environment without the implantation of neural networks that allow them to connect to a virtual, Haden’s-only world. The implants also allow them to control android bodies (known as “threeps,” an homage to Star Wars’ C-3PO) and to interact with the physical world and society.

In this sci-fi police procedural, it’s FBI agent Chris Shane’s first day on the job, and he catches an incredibly unusual case with his new partner, veteran agent Leslie Vann. The prime suspect is an “Integrator,” which is a unique type of Haden’s survivor that can allow a locked in person to borrow his/her body. If this suspect, who claims not to know whether or not he did it, had a client at the time of the murder, then identifying and proving the guilt of the real culprit becomes much more complicated.

This entertaining page-turner features familiar elements to fans of police procedurals and corporate thrillers—a rookie/ loose-cannon veteran pairing, corporate greed, political entanglements, and ethical blind spots, but it places these elements in a unique setting and explores issues of identity, disability, and freedom in a compelling way. Technically this is adult fiction, but teens are likely to enjoy this fast-paced mystery too. Recommended for readers willing to blend their genres, whether sci-fi, crime fiction, or political thriller.