Magnolia Table: A Collection of Recipes for Gathering 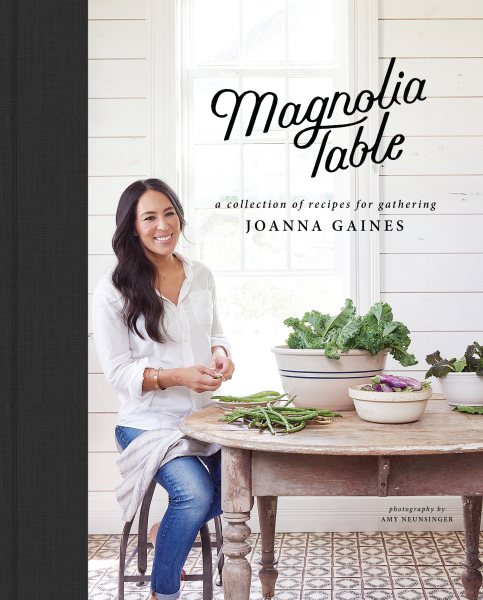 Staff Review: "Magnolia Table: A Collection of Recipes for Gathering" by Joanna Gaines

This is a cookbook straight out of the very real kitchen of Joanna Gaines with recipes you know that she has made many times!  I am, in general, a fan of the Gaines Family and have watched several installments of their TV show Fixer Upper.  I picked up this cookbook more out of curiosity than anything else.  These days I have found that many cookbooks are trying really hard to create new recipes, which I find to be difficult to really invest in.  This cookbook is just the opposite and embraces good recipes that have worked over time.  The recipes are tried-and-true, which include many staples that I look forward to trying out!  Need a good pancake recipe?  It is in here.  How about some great soups?  She has it! The recipes are laid out nicely with clear instructions and pictures to go along with it.  For me pictures are helpful so I know if what I did looks anything like it should in the end!  I have bookmarked nearly half of the recipes as ones I would like to eventually try out.  I would not advise people with food restrictions toward this book as she makes her recipes with dairy products, eggs, and meat.  This was a really fantastic surprise for me and now I just need to decide what I want to try first!