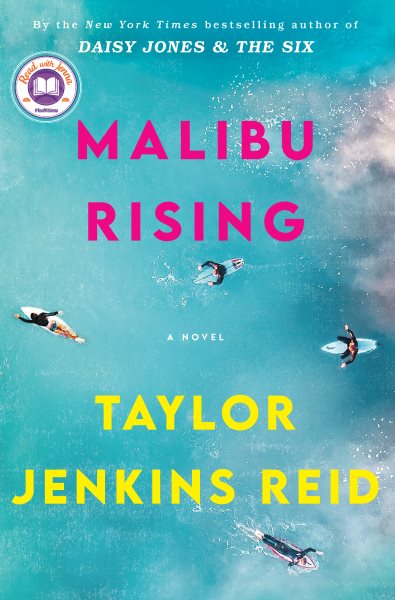 It’s August 1983, and Nina Riva is just hours away from hosting the biggest party of the year at her beach house in Malibu. Known around the world as an “it girl” surfer/swimsuit model, Nina seemingly has the perfect life. She’s beautiful, she’s rich, and she’s married to a handsome tennis star. But the truth is, Nina wishes her life was different. Her husband has just left her (a story the tabloids have been happily feasting on), she’s tired of being objectified and feeling undervalued, and she often dreams of living a quiet existence outside the limelight.

As the party nears, we learn more about Nina and her three siblings – Jay, a world-renowned surfer; Hud, who’s made a name for himself photographing Jay for different publications; and Kit, an aspiring surfer, and the youngest of the family. The four have a tight bond formed over their mutual love for surfing and their tumultuous upbringing. Their father, Mick, is an incredibly famous crooner who walked out on them and their mother when they were just children. They haven’t seen or spoken to him since, and still harbor a great deal of resentment toward him. Each of the Riva siblings also has a secret they’re either hiding from each other or from themselves, though those secrets refuse to stay hidden once the party stars.

Fans of author Taylor Jenkins Reid’s other books, like Daisy Jones & the Six and The Seven Husbands of Evelyn Hugo, will likely love this book, as it takes place in the same shared universe as both of those novels (and directly connects to Evelyn Hugo, where Mick was one of the titular seven husbands.) The structure of the narrative is fun, alternating between the hours leading up to (and during) the party and Mick's courtship with his first wife, June. The story plays out like a delicious soap opera, full of romance, heartbreak, relationship drama, burning secrets, shocking revelations and characters embracing their fears in order to live their best life. It’s a fun read that will pull you in like a strong tide and keep your attention through the final page.