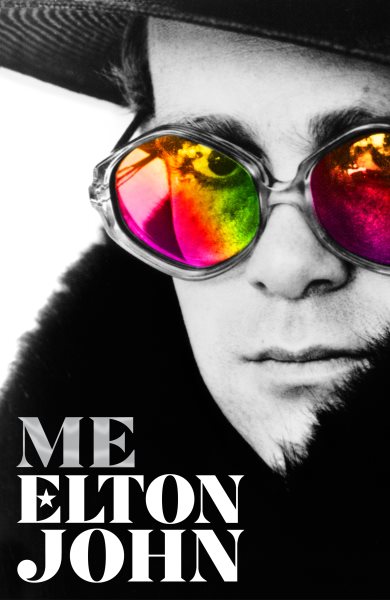 Staff Review: "Me" by Elton John

If you’re an inhabitant of planet Earth, there’s a good chance you’ve heard of Elton John. Maybe you’re familiar with some of the wild outfits and costumes he’s worn over the years, or you know a couple of his (many) hit songs. Perhaps you know him from his work on Disney’s The Lion King, or you’ve seen the 2019 biopic Rocketman. If you know anything about Elton John, though, you can probably assume he’s had an incredibly unique and fascinating life. He has, in fact, and now you can read all about it.

In Me, John recounts his life story in unflinching honesty and detail, from being raised by cold and distant parents in a small suburb of London to becoming one of the flashiest, well-known, and well-regarded pop/rock stars of all-time. He writes in-depth about his volatile working and romantic relationship with manager John Reid; his addictions to alcohol, cocaine, shopping, and other vices; coming out to the entire world in 1976, years before any other major celebrity was openly gay; getting sober in 1990; and starting a family with his husband, David. John also details his longstanding songwriting partnership with lyricist Bernie Taupin, as well as some of the events and inspirations for some of the duo’s most beloved songs.

I was incredibly impressed by John’s writing and was enthralled throughout the entire book. John tells his life story in an honest, matter-of-fact way and doesn’t shy away from any painful or embarrassing moments he’s had throughout his extravagant, larger-than-life career. I listened to the audiobook version of Me, which is narrated by Taron Egerton (who portrayed John in Rocketman), which was an added bonus. If you’re a big fan of Elton John’s music, this book is a must-read, though any fan of biographies will also enjoy it immensely.