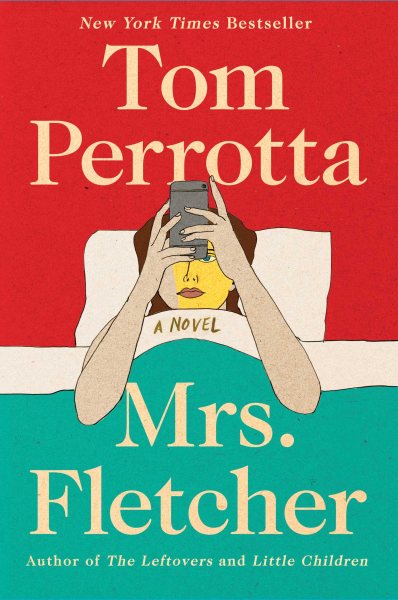 Eve Fletcher is a 40-something divorcee whose life is at a crossroads. Her only child, Brendan, has just left for his freshman year of college, leaving Eve to figure out what to do now that she's on her own. Late one night, she receives a sexually explicit text from an anonymous number, which initially startles Eve but later intrigues her and sets her down a path of exploration and self-discovery.

Meanwhile, Brendan is finding it hard to fit in at college. He quickly realizes that the self-centered, privileged and immature demeanor that made him the big man on campus in high school isn't getting him anywhere now. Brendan soon becomes enamored with Amber, a down-to-earth and socially-conscious sophomore, and attempts to change his behavior for the better. He finds it surprisingly difficult, however, to leave behind the spoiled and inconsiderate person he's become.

Tom Perrotta's writing in "Mrs. Fletcher" is impeccable. It's the most entertaining work I've read in quite some time, weaving together a blend of contemporary characters who are incredibly unique in voice and personality. The book features a strong narrative that touches on the issues of loneliness, sexual expression, gender identity, white privilege and more, and the writing at times made me flat-out giddy. Above all else, "Mrs. Fletcher" highlights the fact that we're all a little lost in life at times but have no choice but to forge ahead and make our way through until we find ourselves again.